egan Feldman Bettencourt is an award-winning author and speaker. She has reported from countries including Guatemala, Mexico, Canada, Rwanda and England. Megan’s journalism has appeared in publications including The San Francisco Chronicle, Psychology Today, Salon, The Miami Herald, The Daily Beast, Glamour, Newsday, Southwest: The Magazine, 5280: The Denver Magazine, The Dallas Observer, LA Weekly and many others.

Her debut book, TRIUMPH OF THE HEART: FORGIVENESS IN AN UNFORGIVING WORLD, explores forgiveness through science, stories and memoir. Named a “Best Book of 2015 on the Science of a Meaningful Life” by the Greater Good Science Center at the University of California at Berkeley and a Book for a Better Life Award by the National MS Society, Triumph has been featured by media including The Telegraph, The Star-Tribune, PBS, HuffPo Women, as well as nationally syndicated radio shows and popular podcasts. You can order the book here.

An alumnus of the Columbia University Graduate School of Journalism in New York City, Megan lives in Denver with her husband and son. As a keynote speaker, she gives talks on how the practice of seeking and granting forgiveness enhances not only individual health and wellbeing, but also the collective health, productivity and profitability of our schools, organizations and companies.

Megan’s work has been nationally recognized. In addition to the awards for her book, her article, “What Happened to Abbey’s Mom,” in 5280, won Best Health Feature in the 2012 Society of Professional Journalists’ Top of the Rockies Awards and was named a 2012 finalist for the prestigious Livingston Awards for Young Journalists.

While a staff writer at Village Voice Media’s Dallas Observer, Megan’s cover story about American Iraq War deserters seeking refuge in Canada was a finalist for the 2010 PEN Literary Award, and in 2008, her narrative about Central American migrants riding Mexico’s “death trains” 1,500 miles to reach the U.S. won Best Feature from the Association of Alternative Newsweeklies and made Megan a Livingston Finalist. 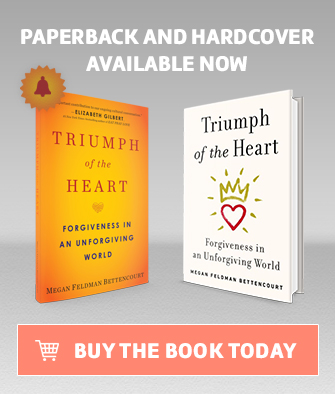