Forgiveness in the Age of Trump

Quite by accident, I’ve become a so-called “forgiveness expert” (I wrote a book exploring the topic through science and stories). Readers have been asking me variations of the following question: If you aspire to compassion and forgiveness, how do you contend with a U.S. administration that seems intent on pursuing policies that run contrary to those values? What do you do with your outrage over the nearly daily assaults on everyone who isn’t white, male, rich or straight (and now, since the president pulled out of the Paris agreement, that includes the entire natural world)?

There seems to be a sense that if you ascribe to love and forgiveness, taking a political stand taints your brand or removes the convenience of deeming everyone equally right and each “side” equally misguided. As if a dedication to a certain moral compass abdicates the responsibility to have… a moral compass. This is absurd.

If you believed in your child’s right to a peaceful playground, and one afternoon a cabal of kids stormed the play structure and began to mercilessly pummel your daughter with a baseball bat, would you sit by quietly and commend their right to express themselves? I doubt it. That’s pretty much where we are, but on a massive scale.

The leader of the so-called “free world” has – through policies, words and actions –caused harm to a host of people and ideals that most Americans respect. Those living below the poverty line. Immigrants. Women of child-bearing age. The possibility of social and economic equality. The environment, clean air, clean streams and the effort to halt global warming. The ability of the sick, the poor, women and especially children, to access healthcare. This list is incomplete and could go on, but that’s not the point.

The point: Forgiveness is the “ornament of the brave,” just as Gandhi said, but using it as an excuse to avoid taking a stand on behalf of the very love that forgiveness embodies is a dangerous form of weakness. Standing for love and forgiveness implies a responsibility to protect policies, ideas and actions that express love (equality, tolerance, opportunity for all, caring for the poor and disenfranchised, ensuring that everyone has access to healthcare, and minimizing the damage we do to the environment).

Standing for love and forgiveness is one of the most powerful forms of non-violent revolution. In the face of a pull toward raw power, corruption, greed, exploitation and violence, love is subversive. I’m not Christian but I’ve always admired Jesus, one of the greatest non-violent revolutionaries who ever lived. Christ didn’t just talk about love, he defended it. And Nelson Mandela, whose quote about forgiveness is one of the greatest (“Resentment is like drinking poison and hoping your enemy will die”), knew a thing or two about taking a stand. He had compassion for his enemy, he swore off resentment all those years in prison and probably survived because of it, but he was not afraid to be a warrior for love and equality, and against anything that obstructed those ideals.

When I was reporting my book, a dear friend and highly-respected psychologist told me, “When someone is standing on your foot, do you tell them you forgive them? No. You ask them to get off your foot.” This is a useful story to remember during times like these. We don’t need to hate the president. We need to protect the people and values that his administration is threatening.

It’s unproductive to stew in resentment toward anyone whom we deem a threat to what is most precious (and if you support the president, perhaps for you, my policy priorities are a threat to what you hold dear. Either way, instead of being resentful, take a principled stand). Bitterness harms our health and does nothing to thwart the assaults on our loved ones, our values or our world.

Though it’s easier said than done, the only worthwhile way forward is to use the outrage we feel to stand up, raise our voices and take loving courageous action. To do what we can, and say what we can, to protect each other and the all-important call to love and compassion. As Maya Angelou said, “You use that anger. You write it. You paint it. You dance it. You march it. You vote it. You do everything about it. You talk it. Never stop talking it.”

Taliesin Myrddin Namkai Meche was the 23-year-old white man who was recently stabbed to death on a Portland train after he defended two women from racist slurs from a white supremacist. Taliesin spoke of love in his final moments. “Tell everyone on the train I love them,” he reportedly told a witness who comforted him as he lay dying.

Those of us who say we care about our human family, especially those of us who aspire to a more compassionate society, have a responsibility to honor those words, and the brave soul who uttered them as he gave his life. We can’t leave the “dirty” work of politics – which is in fact the noble work of citizenry – to career activists. We must take it on ourselves, every day. That looks different for everyone, but it must certainly begin with speaking the truth and taking a stand for what matters. Our democracy, our integrity and our humanity depend on it. 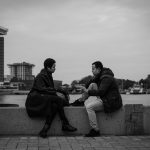 Storytelling is Survival, Not a BuzzwordBlog 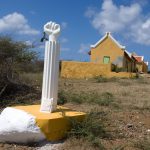 To Make America Great, Start by Memorializing the PastBlog